﻿﻿﻿﻿﻿﻿﻿﻿﻿﻿﻿This award, first presented in 1993, is presented for significant pioneering contributions to the promotion of solar energy as an alternative source of energy through research, development or economic enterprise; or extraordinary valuable and enduring contributions to the field of solar energy in other ways. The Karl W. Böer Solar Energy Medal of Merit Trust manages this award. Nominations are not solicited. The award was presented in cooperation with ISES until 2018. 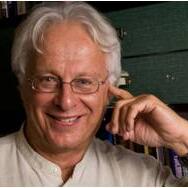 Renowned researcher, entrepreneur and solar energy expert D. Yogi Goswami of the University of South Florida has been named the 2016 winner of the Karl W. Böer Solar Energy Medal of Merit.

Goswami's work focuses on reducing costs and developing efficient, effective storage methods for solar energy as well as harnessing solar energy as a catalyst to address environmental problems. Read the full article on the University of Delaware website.

﻿﻿﻿﻿The 2015 winner is Dr. Antonio Luque. ISES President Dr. David Renné attended the award ceremony at the University of Delaware on 13 March 2015, and gave the welcome speech. Watch the highlights in this video.

Among Dr. Luque's contributions to the field were the invention of intermediate band solar cells, which increased efficiency by more than 20 percent (from 41% to 63%), and new solar cells called bifacial silicon solar cells that captured light on both sides -- one side capturing direct light, the other capturing reflected light. Read the full article on the University of Delaware website.

The scientific activity of Alferov and Andreev has been focused for more than 40 years on research and development of III-V semiconductor heterostructures - combining group III elements such as aluminium, gallium and indium with group V elements such as nitrogen, phosphorus and arsenic specifically to improve solar cells. They developed what are considered the ideal aluminium gallium arsenide/gallium arsenide (AlGaAs/GaAs) lattice matched heterojunctions, allowing for the proposal and realization of a number of semiconductor devices.

To learn more about shis award and the achievements of the 2013 winners, please click here.