Skip to main content
The Local Dimension of the NDCs - 100% Renewable Energy: Comments and Discussion
2:00 to 3:30 PM (GMT/UTC)
The webinar duration is 1:30 hours.
Registration online 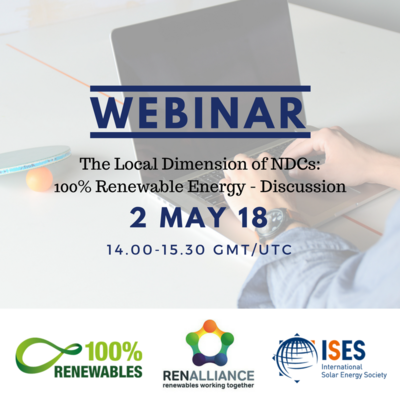 The Local Dimension of the NDCs - 100% Renewable Energy: Comments and Discussion

This webinar is part of the follow-up process of a successful forum organized during COP23 by the Global 100% Renewable Energy Platform together with the German Environment Agency. This forum was designed to breakdown silos and facilitate a dialogue on concerted action between sub-national governments, with a particular focus on moving towards 100% renewable energy. The goal is to escalate the local 100% RE movement that can be particularly observed in industrialised countries to the national level as well as support CVF countries to implement the Marrakesh Vision.

A report on the forum will be launched at the upcoming SB48 event in Bonn, Germany. This webinar will focus on the new report and form a discussion around it with partners from the REN Alliance and the GLobal 100% RE Platform. The audience is invited to also ask questions through the webinar, which will be addressed in an interactive Q&A. 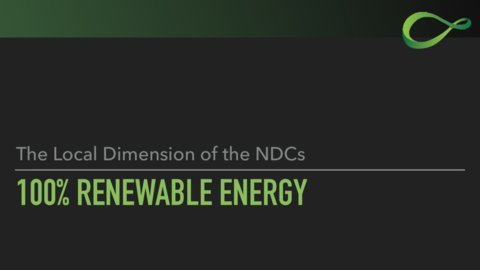 Rian van Staden is a former Executive Director of the International Solar Energy Society and has served as a consultant to the renewable energy sector for more than 20 years, with clients on the local, national and international level, covering everything from investment and financing, policy, information and education, technology, advocacy and development. He joined the Global 100% Renewable Energy Platform as Platform Coordinator in January 2018. 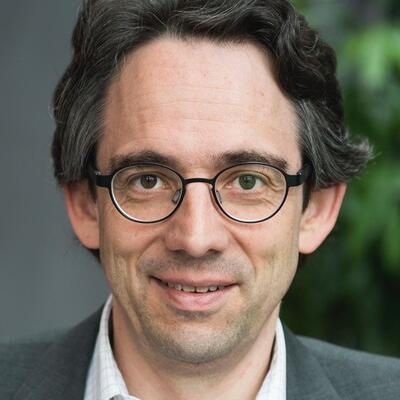 Stefan Gsänger has managed WWEA since its foundation in 2001, making it the voice for wind energy worldwide with today members in more than 100 countries. He is member of the executive committee of the Global100% Renewable Energy Platform, Vice Chair of REN21, and he chairs the IRENA Coalition for Action community energy subgroup. 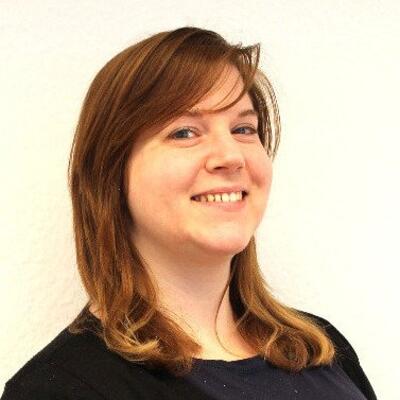 Anna joined the World Future Council as Project Manager for Climate Energy and advocates for the transition towards 100% Renewable Energy. She is identifying best policies to promote RE development in a just manner, benefitting even the most marginalised communities and working to replicate these best policy models. Before joining the WFC, she worked on the Climate Action Network’s 100%RE Campaign.

Mathis is a senior analyst with the International Hydropower Association. Having joined IHA in 2014, his work focuses on building and sharing knowledge on hydropower's role in future clean energy systems, especially with respect to enabling future growth of wind and solar resource into energy grids. He also coordinates IHA's work on the development of the G-res tool, which estimates of site-specific greenhouse gas emissions from reservoirs, including the proportion attributable to hydropower. Mathis represents IHA as the focal point for IRENA's Coalition for Action and the 100% Renewables platform. 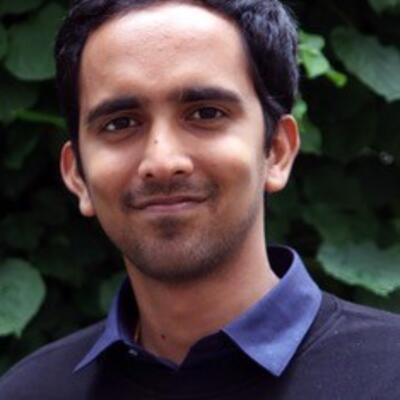 Bharadwaj Kummamuru is currently the Executive Director of World Bioenergy Association - an organisation with a mission to promote the sustainable development of bioenergy on a global level and to support the business environment for bioenergy. The organisation has more than 240 members from more than 60 countries comprising companies, associations and individuals in the bioenergy sector. Bharadwaj leads the secretariat located in Stockholm, Sweden and has a background in liquid biofuels, sustainability, data and policy. 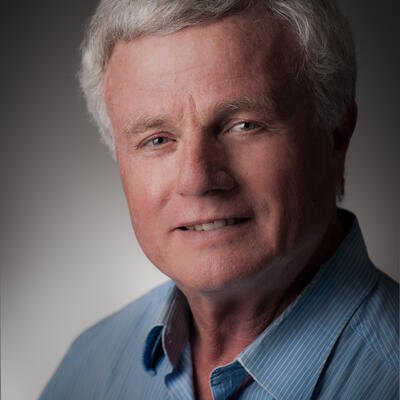 Dr. Renné has served as President of the International Solar Energy Society since 2010. From 1991 until his retirement in 2012 Dr. Renné managed the solar resource assessment activities at the U.S. National Renewable Energy Laboratory (NREL). Since 2012 he is a Senior Consultant to Clean Power Research, a small U.S. Company that develops resource assessment and analytical software tools to support large-scale grid connected solar energy systems, and a consultant to the World Bank, the International Renewable Energy Agency (IRENA), the Asian Development Bank, and others.  He is an Associate Editor of the Solar Energy Journal.