Humanity tends to more intensively experience and evaluate short-term threats higher than longer-term. Such conditioning may have been evolutionarily helpful in the Stone Age of hunters and gatherers, but in times of Covid AND the climate crisis it threatens to cause undesirable and irreversible developments.

Covid is currently dominating social as well as private debates, the climate crisis on the other hand is currently hardly mentioned in the media. Over the middle-term though, it will be the much bigger problem, in particular with regard to health dangers for millions of people from diseases, floods, droughts, etc. The Covid pandemic has now shown in all areas of life the extent of measures and the efforts developed societies are capable of when faced with existential threats.

As a “collateral-benefit”, the Covid induced restrictions have had strong positive effects on the environment, especially the global decline in the transport sector. N2O- und CO Emissions declined globally, in particular due to the temporary closing of heavy industries in China. Water pollution has also declined significantly in many places, as measured in the waterways of Venice and South Indian lakes. Particularly large impacts are seen in global CO2 emissions. Compared to the year before, 2020 emissions have declined 7%; strongest in the USA (-12%) and the EU (-11%), a decrease of this magnitude has never been observed before. But despite all this, also in 2020 the global CO2 concentration increased again to a new record. And there are also rebound effects; reduced aerosol emissions, especially in the USA and China have resulted in significantly clearer air, which allows for more sunlight to pass through and temporarily increased the global mean temperature by approximately 0.2K. 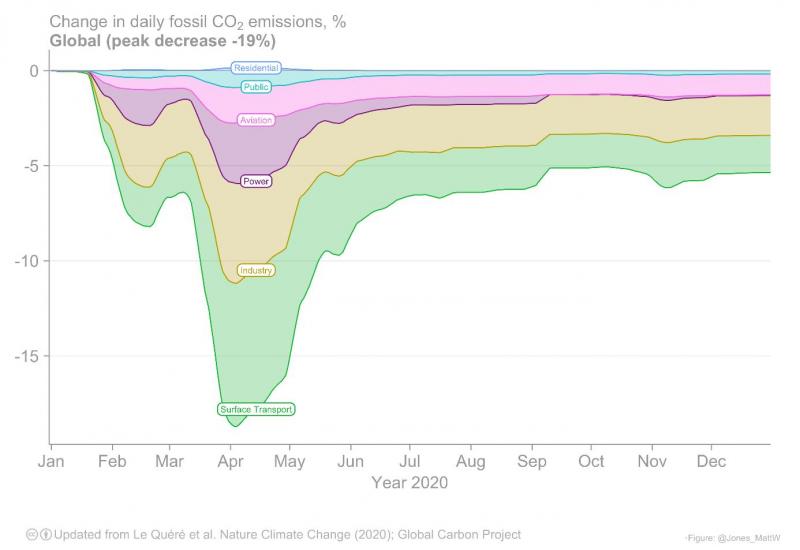 Even if these are only temporary effects, we have experienced so far unimaginably far-reaching changes in economic and private life, which the majority of the population is supportive of, as their necessity is recognised for each individual as well as the community. So, it works if one only wants it to. To address climate change it would be important to use the current economic recovery programs to start the long-term transformation of society and economy - a sufficiently high CO2 price can play a central role in this.

Hopefully the Covid pandemic will be largely overcome towards the end of this year in industrial countries, and worldwide by the end of next year. The climate crisis however remains. The burdens in both crises are very unevenly distributed. Poorer regions are impacted much more than wealthier ones. Also, throughout the pandemic the younger generation has had to make sacrifices and shown consideration for others, although they are ultimately not as at risk. In the climate change battle, it is completely the opposite: although they are and will be less impacted, the middle and older generations are now called on, especially in the industrialized countries. These cohorts tend to be more socially influential and wealthier than the younger generation. Through political influence, climate-friendly consumption (travel!), investment in renewable energy, donations to create global energy justice and other helpful measures many of us can now pay back the solidarity received across generations and continents. 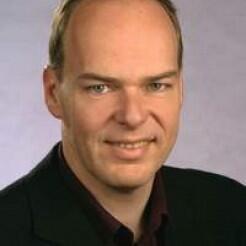